In 1983, our University which was named Shanghai Bank School started to form the fencing team, and with the efforts they took for more than thirty years, the team is now in a certain scale. In 1999 our University started to recruit high level sports team in a high level while supported by Shanghai Municipal Education Commission. In 2001 our University had been one in the three colleges that run the first-team squad as an experiment in shanghai. In Aug 2007 Shanghai Sports Bureau and we formed Shanghai Foil Team, according to the requirements of the Shanghai Sports Bureau; the team participated in the competition such as The Olympic Games, Asian Games, World University Games, The National Games, City Games, etc. It symbolized that the model of "combining sports with education" moved toward a high level. Through several years practice, the fencing team has been fruitful in the management and construction, and they win many gold and silver medals in the world and the nation competitions. From 1990 till now, they win 466 medals including 190 gold medals, 144 silver medals and 132 bronze medals. 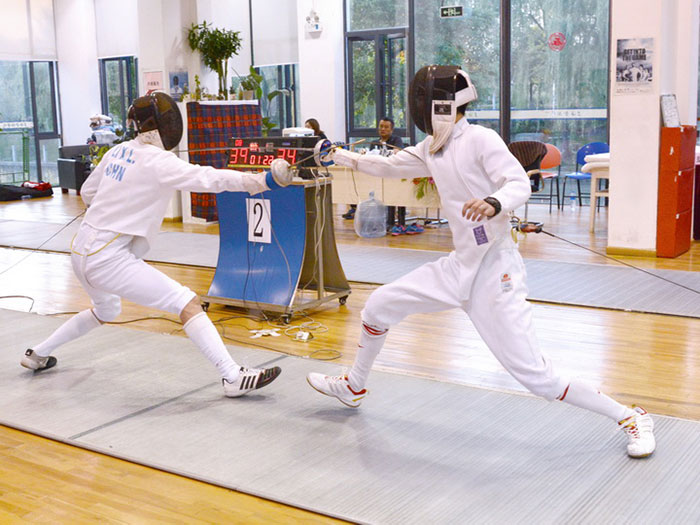 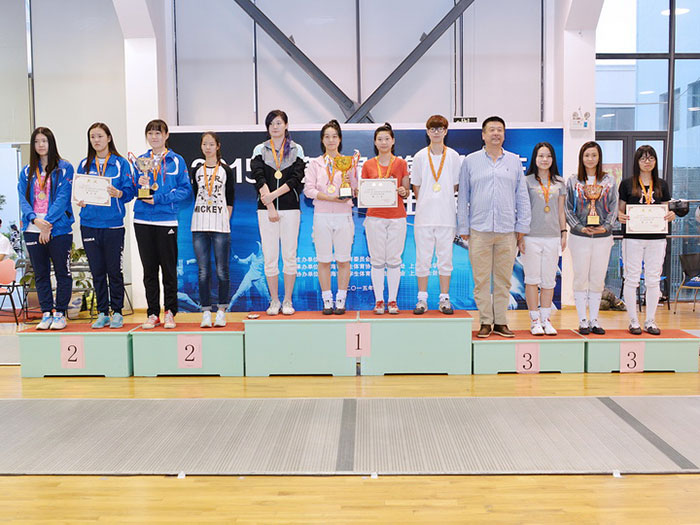 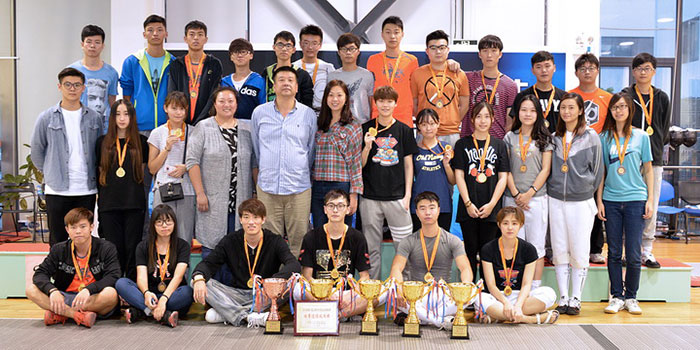 Under the national guidance of the building high-level sports teams, SLU has been actively promoting the development of a high-level football team. SLU was approved by the Ministry of Education to develop a high-level women's football team in 2018, and has officially started the recruitment in 2020.

We now have stable funding for the football team development and competitions as well as complete teaching & training venues, and hardware and software for the development of the football team. Specifically, there are two standard 11-a-side football pitches on the two SLU Campuses, which are specially equipped with physical training rooms, medical team offices and other facilities, providing basic support for the team. At present, SLU's football team has a fully staffed and well-structured coaching team. There are 10 full-time football teachers (coaches), researchers and medical personnel, 4 of whom are full-time football teachers on the two Campuses, and 2-3 external coaches or advisory members are expected to be employed. In line with the characteristics of SLU and the talent training model, we pay attention to the ideological education of football players, and have formulated a series of management regulations and rules on the high-level sports team, teaching and training of football players, competitions, professional and academic learning, and code of conduct to ensure proper training, competition, and academic learning activities of football players.

In the future, we will take responsibility and live up to expectations by fully implementing the guidelines of the Ministry of Education on building high-level sports teams. Based in Shanghai, we will compete in national or international events. We will constantly improve the team’s level, enhance their influence, strive to make SLU's high-level football team rank the top in China, and play a positive role in promoting the sound, vigorous, and sustainable development of football in Shanghai. As we promote football, we will carry out physical education, pass on the fine traditions of the Chinese nation, cultivate innovative spirit with the characteristics of the times, and train highly qualified financial talents who are comprehensively educated in morality, intelligence, physique, aesthetics and labor.

Fencing is a traditional characteristic sport of Shanghai Lixin University of Accounting and Finance (SLU). Since the establishment of the first student fencing hobby group in 1983, SLU has been a co-builder of the Shanghai Foil Team for more than 30 years. With the care and support of the leaders of Shanghai Municipal Education Commission, Shanghai Municipal Sports Bureau and the University, SLU’s high-level fencing team has participated in various domestic and international college students’ fencing competitions , and has achieved remarkable results, winning 731 medals (incl. 251 gold, 274 silver and 206 bronze ones). The sport has become a specialty and brand of SLU’s sports culture.

In order to advance the implementation of the Sports and Education Integration policy of the CPC Shanghai Municipal Committee and Municipal Government, and fully practice the guidelines of the 2007 National and Shanghai Campus Sports Promotion Conferences, SLU signed an agreement with the Municipal Sports Bureau in May 2007 to organize the Shanghai Fencing (Foil) Team. In 2011, the Shanghai Municipal Sports Bureau and the Shanghai Municipal Education Commission jointly established a primary school-high school-university coordinated young fencer training system to promote the sport. The fencers of the Team thereby become staff members of the Municipal Sports Bureau, and SLU has been responsible for their academic learning, daily management, training venues and logistical support. The main mission of the Shanghai Foil Team is to train outstanding high-level fencers, who, upon the request of the Bureau, represent Shanghai in the Olympic Games, the Asian Games, the National Games of the People’s Republic of China, the National Intercity Games of the People’s Republic of China and the Youth Games of the People’s Republic of China.

Since May 2007, the Shanghai Foil Team has worked hard introduce and output sports talents, and further promoted the integration of sports and education; vertically, a coordinated training system covering primary schools, middle schools and universities has been established to reduce unnecessary waste in talented athletes’ school attendance; horizontally, supported by the talent introduction policies of the Bureau, Shanghai Training and Administration Center for Competitive Sports, the Municipal Children’s Sports School, etc. the Team has implemented the mode of SLU, and effectively introduced reserve talents from other provinces and cities through multiple channels. Such talent cultivation model represents a high-end talent training model that integrates sports and education in China.

With SLU as a co-builder, the Shanghai Foil Team has scored initial achievements in various major competitions-- 74 medals (incl. 12 gold, 17 silver and 45 bronze ones). The Team participated in the 11th National Games in 2009, the Asian Fencing Championships 2009, the 2013 Fencing World Cup in Italy, the 12th National Games in 2013, the 2013 East Asian Games, the 2014 Asian Games, and the 13th National Games in 2017. Moreover, the team members from SLU participated in the fencing events at the 25th to 30th Universiade on behalf of the China University Team, and achieved excellent results. Since 2008, a total of 8 members of the SLU Shanghai Foil Team have won third-class merit medals granted by the Municipal Sports Bureau.

In the future, we will take responsibility and live up to expectations by further cultivating both competitive skills and sportsmanship, build on our past achievements in fencing to vigorously promote the sport, and create a system that integrates fencing into modern financial talent training to develop highly qualified, outstanding financial talents for China.